We sat at a picnic table at a beachfront pub named the Mucky Duck, as a seasonal inflatable pitched and swayed in the breeze, aglow with the waning light of day, reminding us that it was almost Christmas. We had convened at Captiva, the skinniest part of Sanibel Island, to watch the sunset. I had arrived with a powerful thirst for a Moscow mule but the Mucky Duck’s outdoor bar served only plastic cups of beer or wine, and so beer it was. Later, we had dinner at a nearby restaurant, where a brisk and scowling Russian waitress signaled her eagerness to be rid of us. But it was a good meal anyway, the dishes brought out by a towering, tattooed Russian who may have been her husband or brother, or just another Russian. 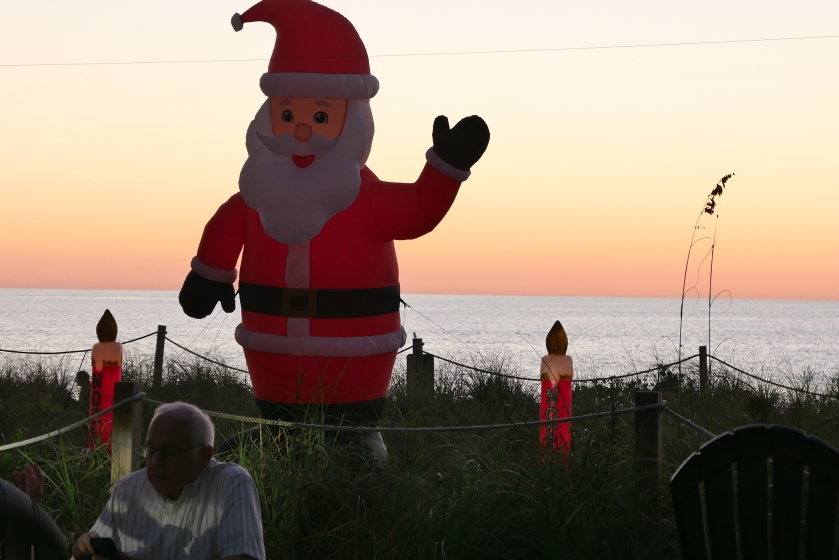 Mystery at Gene’s. Days later, on a cool and blustery afternoon, we visited Gene’s, easily one of the most eccentric bookstores I’ve ever set foot in. It has a surprisingly extensive world literature collection, arranged by country, so that Ireland sits between Iran and Israel. But Gene’s is mostly dedicated to mysteries. I’ve never seen so many in one store: thousands of titles, aisle after aisle of whodunnits — a category of fiction in which, frankly, I’ve never felt a particle of interest. But here’s one mystery…

Precious. As we walk into Gene’s, a sticker on the front door catches my attention: TRUMP-PENCE 2020. On a bookshop! I consider turning right around. Why should I give them my money? But I discover that my convictions are about as deep as the average Walmart shopper’s. Women locked up in combustible sweatshops, despairing workers diving off roofs, toddlers tying knots and hammering rocks. Did I mention it was chilly and all I had on were Lululemon shorts and a merino wool hoodie?

Reversal. I absolutely refuse to buy anything at Gene’s. I’ll simply browse a while and go home. No harm in that. But in the Greece section I come across Three Summers, by Margarita Liberaki. I’ve always wanted to read this, and boycotts punish only the most vulnerable, after all — that nice girl at the front cash, for example…

Mystery solved. As I pay and we exit, I guiltily look for the sticker. But it has vanished. Had I imagined it? On impulse, I return to the shop. I couldn’t help noticing the Trump sticker when I came in, I say to the girl at the front cash. But now, not forty-five minutes later, it’s gone. She gives me a wan, guarded smile. The store owner is pro-Trump, she explains, but the staff is not, and so there’s always a tug of war. Apparently signs and stickers go up, come down, go back up. A constant, low-level skirmish. 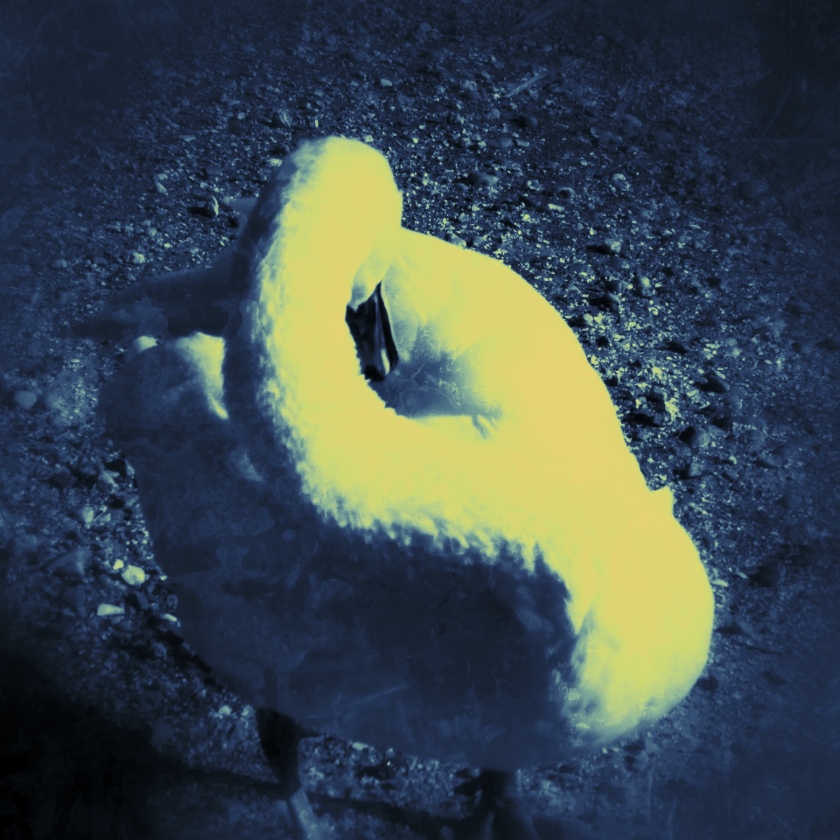 Regrets, I’ve had a few. Back in the car, I regret not asking more questions. About the temperature of their disagreement, for example. At staff meetings, does the owner threaten to fire them? Do they threaten to quit? Or is it all very civilized? Does it occur to anyone to bring donuts? Bookshops generally cater to people who read books and think, but here’s a bookseller supporting a man who, famously, does not read books or think too deeply. Who acts impulsively, without reflecting on how his actions might imperil others. Innocents on an airplane, for example.

Swans are not native to Sanibel, so when we stumbled across a small animal sanctuary in a trailer park down the street from our rented house, I studied one particular swan for some time. Small inscrutable eyes, long white neck like a velvet covered rope, and a grace and beauty long associated with the feminine — hence Swan Lake.

But the Greek word for swan, κύκνος (keek´-nos), is masculine (kyknos survives as the swan genus, Cygnus). This ancient linguistic maleness explains how it was plausible, in Greek mythology, for loud-thundering Zeus to assume the form of a swan in order to seduce and rape the princess Leda. In one version of the myth, Leda lays two eggs, one of which hatches the future Helen of Troy.

Fair Helen is regarded as the most beautiful woman in the world. She becomes a trophy wife for King Menelaus of Sparta. But when Helen is stolen away by Paris, a prince of Troy, she becomes the fulcrum for the Trojan War. Warlike Menelaus, blind with rage, recruits other Greek kings and heroes, calls down the mighty wrath of ancestors and gods, thirsts for obliterating vengeance. Infected with Menelaus’s fury, one of the kings even sacrifices a daughter for fair winds, and the fleet set sail on the wine-dark sea for Troy. Their siege lasts ten years. It ends with a wooden horse, wholesale slaughter and Helen’s return.

About 66 million years ago, at a point near Mexico’s Yucatan Peninsula, a massive asteroid or comet slammed into our planet. The shock and its aftermath — giant tsunamis, rolling earthquakes, super-heated dust clouds, roaring volcanoes, raging wildfires — also lasted ten years, and in that time extinguishing three-quarters of all life on Earth. This included dinosaurs — but not all dinosaurs.

Centuries ago, the Chinese believed dinosaur bones to be evidence of ancient dragons. In the West, they were thought to be giant humans. Palaeontologists have since revised these views, and continue to revise them. For example, the leathery monsters we used to see in dusty dioramas and in Spielberg movies, have been proven inaccurate. Many dinosaurs were in fact brightly feathered, and the dinosaurs that did survive the asteroid impact were birds. So birds are not just related to dinosaurs, they are dinosaurs.

A swan is a dinosaur, and so is a mucky duck.

Dinosaurs were the most successful animal form for 180 million years. And how long have humans been poking sticks at each other? If the Earth’s history were compacted into 24 hours, humanity would barely occupy one second.

7 thoughts on “5 swans on Sanibel”