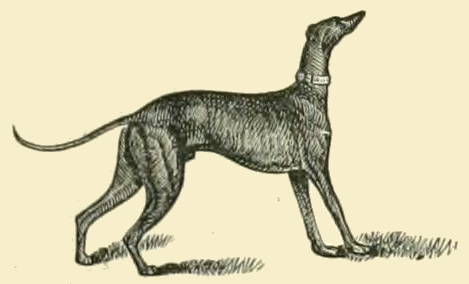 Long distance running once had more purpose — say, chasing an enemy across the savannah to jam a spear into his throat, or being chased to have that thing with a spear done to you.

Then again, you might be running after food, and that’s definitely more useful. Animals run faster than we do but can’t run as far, so you will eventually catch one if you keep it up. Messengers also ran long distances in the old days, but that was their job. We know of at least one who, after gasping out news of a victory over the Persians, died on the spot. Or so the legend goes.

At the ancient Olympics, foot races were strictly sprints, so forget about the Greeks: no staying power. Some native peoples in the Americas, however, did run long distance races, and I suppose that was for glory.

I’m still trying to puzzle out why I run. The ancient inducements — vengeance, hunger, news, glory — no longer apply. My moods are under control, my fridge is full and I have a phone. As for the much-discussed runner’s high, I’m still waiting….

The compulsion is a mystery.

I had a high school gym teacher who was a devotee of cross-country running. Close-cropped silvery hair, lean physique, pointy nose: he actually looked like a greyhound. A Brit, of course, as the Brits pretty much invented and excelled at cross-country running for generations.

Since our school was at the foot of Mount Royal, there was simply no escaping his mania. At least once a week, we’d be forced to jog along Park Avenue and take the urine-drenched tunnel at Duluth, emerging from the other side dopey with low-level ammonia poisoning. We began our ascent beside the bronze lions of the George-Étienne Cartier Monument, taking the sloping path to the right, then up the 400-odd steps, past the cross and on to Beaver Lake.

Here we’d pause, gulping air and hating our lives. By this point our lungs were on fire and the bones in our trembling legs had dissolved.

Shamelessly, I tried to weasel out of it by claiming bronchitis. Others produced dubious doctor’s notes. They feigned injury, wept openly. The greyhound wasn’t buying it.

Of course, a few of my classmates were naturals, with lean muscles, massive hearts and lungs, and arteries like garden hoses. They held a steady pace all the way, effortlessly loping along and out of sight within minutes of our start.

Paul was one of these gifted boys. He had a Montreal Gazette route and persuaded the paper to sponsor him on a bike ride to Vancouver, literally cross-country — more than 5,000 km. This was long before such feats were common, so he did the distance, quietly and alone, and took the train back, paid for by the Gazette. Not a penny was raised for cancer, the homeless or universal understanding.

After his summer ride, Paul showed me his mouldering maps and a curled Hillroy exercise book that contained a daily log. He averaged more than a hundred miles each day (160 km), pitching his tent and unrolling his sleeping bag wherever he happened to conk out.

A couple of years ago, I saw a black and white movie from the early Sixties titled The Loneliness of the Long Distance Runner. It’s pretty raw, in the realist manner of post-war cinema. Angry young men with impenetrably thick accents thoroughly pissed at the upper classes. While North Americans were riding an economic boom, the English were still clearing rubble and struggling under punishing austerity — as were most Europeans.

The movie is about a kid in the North of England, probably about Paul’s age, who’s caught robbing a bakery and is packed off to reform school (Borstal schools, they called them). He discovers cross-country running, which somehow gives focus to his identity and rebellion. It’s a far cry from Chariots of Fire, offering limited uplift, reconciliation or redemption, and certainly no haunting Vangelis score.

But it’s sometimes grimly funny, as when he boasts, “Running has always been a big thing in my family, especially running away from the police.”

At least this kid got something from long-distance running. For me, it remains utterly pointless. No ball or puck to put into a net. No exhilaration, no sense of satisfaction.

But the utter pointlessness is precisely the point — like writing these dispatches each week. They are useful to no one; they offer no information or even informed opinion. And yet I keep putting one foot in front of the other, one word after another.

17 thoughts on “The loneliness of running”